The USS Arizona was a Pennsylvania-class battleship that was designed for use by the United States Navy during the early 1900s. The ship was named after the 48th state, Arizona, that had recently been admitted into the union. The ship was one of the two Pennsylvania class of battleships that were described as ‘super-deadnought’. 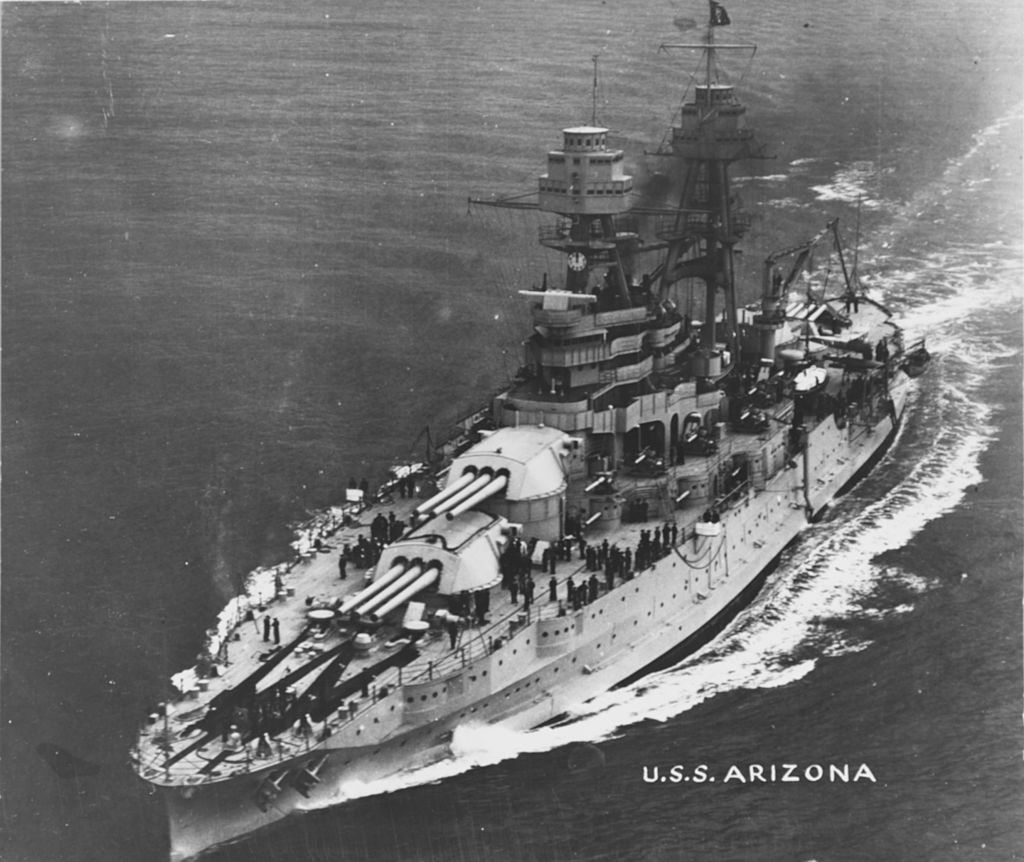 r transporting American officals around the world and for use in training exercises. The ship also saw use as an aid ship during the 1933 earthquake in Long Beach, California.

The ship’s fate was sealed during the attack on Pearl Harbor on the 7th of December 1941, when the ship was hit by a bomb that detonated in a powder magazine, causing the ship to violently explode. In total there was a loss of life totaling 1,177 officers and crewmen. The wreck of the ship still lise at the bottom of Pearl Harbour and has a memorial building built over the top side of the hull.